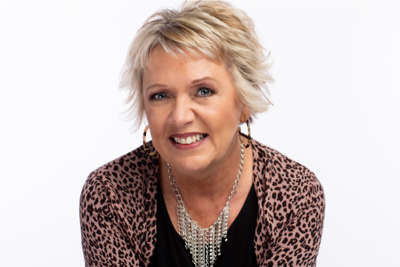 Teresa is from Bowling Green, Ky., where she lives with her husband and their three children, Tyler, Clay and Alyssa. She grew up in a singing family and has been singing since the age of eight. Teresa accepted the Lord as her savior when she was twelve years old and has since felt the calling to sing for Him and share the gospel through song. She began traveling and singing with “the Worley Family” which consisted of Teresa, her dad and sister. In 1991 she met and married her husband Cris and he began running the sound for the group. In 1995 the Lord moved them to Kentucky where she continued singing with groups” New Dawn”, “New Heart”, and” Living Proof”. Teresa helps with the music selection for group and has a beautiful voice. Her heart’s desire is to see people come to know Jesus as their Savior. 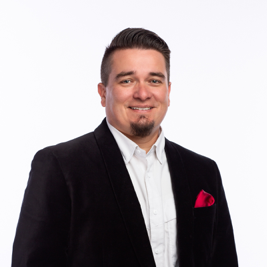 Jeremy Cato, from Gallatin, TN, grew up in a musical family and in a house that was taught to trust in Jesus. Jeremy began singing in church at around the age of 10 and has never quit singing since.  There was a time where he stepped away from the Lord after a failed marriage, but thanks to a praying mother, Jeremy was introduced to his wife Christina.  Jeremy began going back to church, and was healed from the hurt of the past and accepted Christ in a new way at the age of 23.  Now, 20 years later, Jeremy and his family have relocated from their home in Kansas City, MO to follow the leading of the Lord to move them to the Nashville area.  Jeremy joins the Promise as their Tenor/Lead vocalist after beginning a solo career in 2016 that has seen multiple Singing News Charting songs and enabled him to travel and share the good news of Jesus. 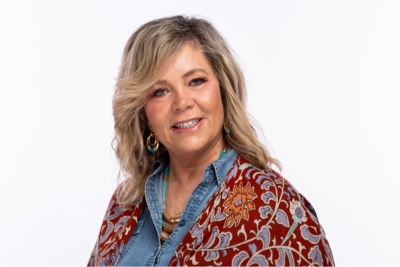 Debra Carter Peele, Dunn/Fayetteville, North Carolina. She accepted the Lord when she was in the sixth grade. Through the years, she wondered away from the Lord and sang secular music. On January 19, 2009. She surrendered her life to Jesus. Debra felt the Lord leading her to start a group that would sing praises to him but resisted the call. She does not read music, did not sing harmony and had lost most of her hearing in her right ear in an accident. In an act of obedience, The Promise Trio was formed. For seven years, she sang without her hearing, then in 2017, the Lord restored her hearing during one of The Promise Trio services after someone from the congregation came and prayed for her while she was at the product table. Debra never dreamed of where the Lord would take the Promise Trio. She, and The Promise Trio sing to an audience of one, Jesus Christ. The one comment that blesses the group more than any other is the people can feel that presence of the Lord when they sing. That is what s all about….sharing the message of Jesus through song and the words of their testimonies. Debra currently lives in Brentwood, Tennessee. She is married to Randy Peele. They have three children, Aaron, Brad, and Blair, one daughter in-law, Heather and two grandchildren, Haylee and Kinsley. Debra is a member of the Lumbee Native American Tribe. Her father is a former Native American Chief and one of the founding members of the Cumberland Country Indian Association in Fayetteville, North Carolina. A part of her testimony is sharing what it was like being “light eyes” with blonde hair and being a Native American.